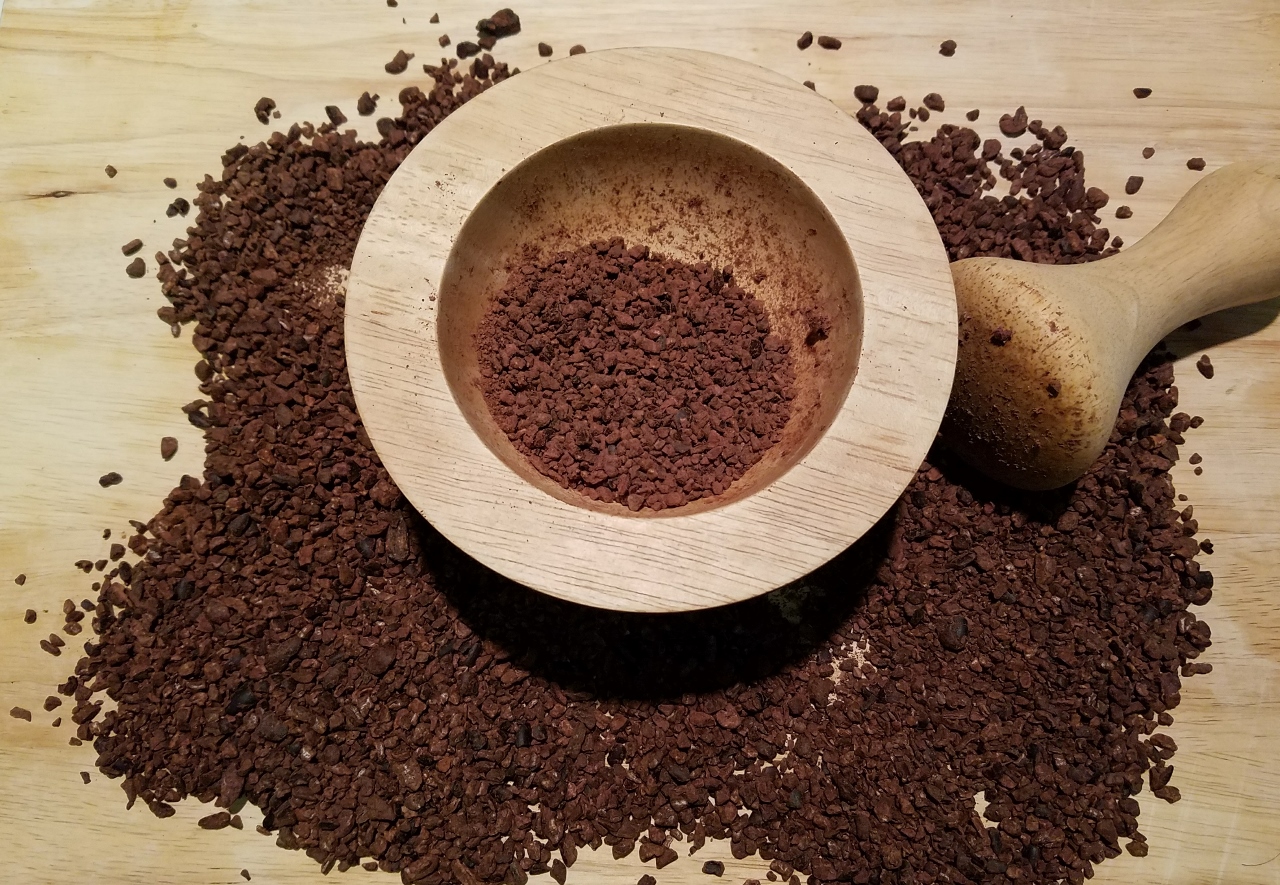 Chocolate has been around for thousands of years. The earliest records of chocolate date back to 1900 BC. Beer has been around for a while too, 5000 BC roughly. Their histories are fascinating with some historians attributing beer to the shift from a nomadic, hunter and gather lifestyle to our modern, agricultural lifestyle. People started staying in one place to grow barley and wheat, primarily used for brewing beer and making bread. A delicious birth to a new era!

Chocolate, different from today’s solid and sugary bar, was originally consumed as a drink in ancient Mesoamerican cultures. Originally created by the Olmecs, the tradition was passed on to the Maya, and Aztecs which saw chocolate as an upper-class drink and “food for the gods”. Caco beans were actually used as currency so drinking chocolate was definitely a luxury and considered a drink for the powerful. The Aztec King Montezuma was rumored to drink 50 cups a day out of a golden goblet for its powerful stimulating and aphrodisiac qualities. Our beer’s name is a toast to this chocolate guzzling king, although we don’t suggest you drink 50 glasses of it a day!

The ancient chocolate drink tasted much different than what most of us know as chocolate today. It was a bitter drink, served hot and frothy made from ground caco (the dried beans of caco pods from the Theobroma caco tree), cinnamon, vanilla, dried roasted chili peppers, and sometimes with honey as a sweetener. The dried and toasted caco pods would be laboriously ground into a powder, blended with hot water, cinnamon, vanilla and chili peppers then poured back and forth from cup to cup to create a foamy froth. The result is a hot, creamy and richly bitter drink.

This isn’t something you can easily buy today, but it is something you can make at home! I’ve included a recipe below if you’re the adventurous type of home cook and want to see what this drink tastes like first hand. I personally like it chilled on the side of my morning coffee!

The inspiration for our King Montezuma Imperial Stout came from this ancient chocolate drink, and the attempt to re-create it in beer form. After researching the traditional drink and preparation methods we broke down the flavors we were looking to incorporate and sourced the most authentic ingredients we could.

Malt: This is where all the chocolate character in the beer comes from. The grain profile is similar to a Russian imperial stout with a heavy dose of Marris Otter, chocolate malt, and roasted barley along with a variety of other caramel forward grains.
Spices: All of our spices are sourced as ingredients natively available to central America. We incorporated:

The final product is a 9.7% rich, chocolaty, and mildly bitter stout with layers of spice and roasted pepper character. Pairs perfectly with chilly summer nights and campfire smores.

The most challenging part of this recipe is grinding the caco nibs into a super fine powder. A mortar and pestle works best for this but can be a lengthy and laborious process. If you have a Vitamix this will make it much easier but probably not be as fine of a powder in the end. A blender or food processor will work in a pinch. Get this going first as it can take a little while.

Bring 3 cups of water to a simmer. Add the cinnamon sticks and continue to simmer for 15 minutes, the water should turn a slight copper color. Remove the cinnamon sticks from the water. Split the vanilla bean lengthwise making sure not to lose any of the little black seeds (that’s where all the flavor is at). Reduce the heat to medium low and drop the vanilla bean in. Let sit about 5 minutes (you should start to see little bubbles around the vanilla bean). Reduce heat to low and add the ground caco, honey, and chili peppers. Wisk occasionally until the chocolate is melted and incorporated, about 5-10 min.

Remove the vanilla bean. If you were able to get a really, really fine caco powder you can skip the next step. I always end up with some caco chunks in the end so I run the whole chocolate mixture through a fine mesh bag when I’m done. This strains out the particulate and leaves you with a creamy and smooth chocolate drink. You should save all of these chocolate chunks! They’re packed with nutrients and make a great mixture for granola.

When you’re ready to serve, pour the chocolate back and forth between two cups a few times to create a light and frothy drink. Save the leftovers in the fridge. Enjoy! 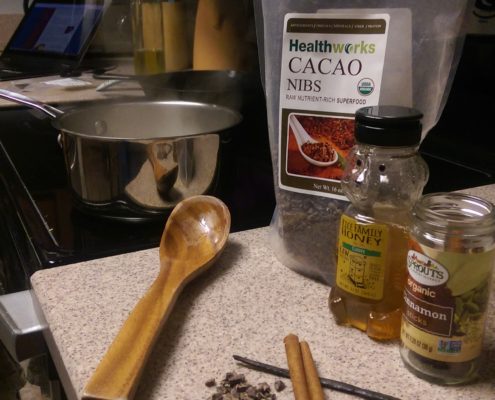 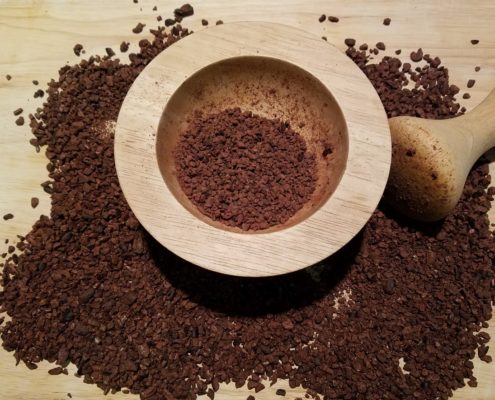 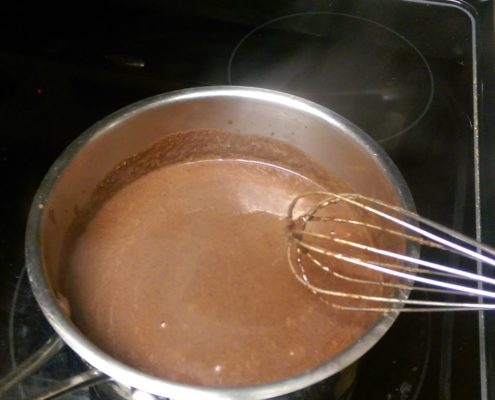 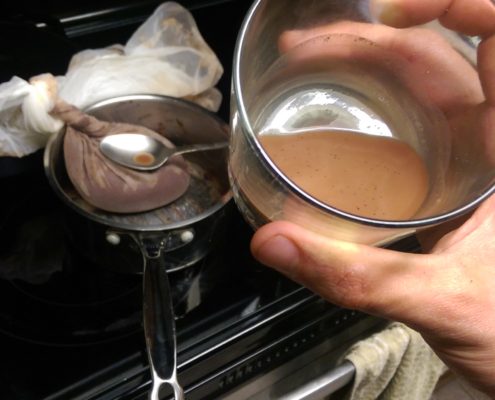