We’re going through some pretty big changes over here at Spice Trade, and we couldn’t be more excited about it! We’re growing from a humble brewpub in Olde Town Arvada into our own dedicated production brewery and taproom as well as spreading cans and kegs of beer around the great state of Colorado. We’ve been talking to a lot of our fans about our growth and future plans and want to make sure everyone knows all the exciting things we’re working on!

We’ve been brewing beer at our current brewpub location for the past 9 years as Yak & Yeti Brewpub. An Indian, Nepalese, and Tibetan restaurant attached to a 7 BBL pub brewery. The brewpub is in an historic, 153 year old, house in Olde Town Arvada that was one of the original estates in the town. The house itself has a great historic charm and an even more charming lack of space that makes brewing 350 BBLs of beer a year on a 7 BBL brewhouse a real organizational challenge. But we worked with the space and equipment we have and have garnered 14, including 2 GABF, medals for our beer over the years.

In February 2017 we re-branded the brewery portion of the brewpub to Spice Trade Brewing. Spice Trade captures the unique use of culinary ingredients and cultural traditions from all over the world that go into the beer that we produce. This brewing style will build on our culinary rootsand allow us to continue to brew innovative, delicious, and ever evolving styles of beer. A lot of thought, research, and testing go into developing our beer. We pride ourselves on using fresh, natural, and authentic ingredients for everything that we brew.

Our fans have been asking us for years to make our beer available in liquor stores, bars, and restaurants but we’ve been too space limited to be able to package our beer (other than in growlers). Until now!

The first step in our expansion is to start cranking out larger batches of beer that we can package in cans and kegs and distribute to liquor stores and bars. That effort is already underway and our beer will be hitting stores the first week in September! We’ll have a list of liquor stores and bars you can find our beer at published on our website. If there’s a store near you that we missed shoot us a messageand we’d be happy to look into selling our beer there as well! We will be distributing 2 of our core beers to start, our award-winning Chai Milk Stout as well as Sun Temple IPA.

Our Chai Milk Stout epitomizes our culinary & cultural style of brewing and is brewed with an authentic blend of chai spices that we make in house based off of our owners’ secret family recipe. The result is a chocolate and roast forward stout that is bursting with fresh chai tea aroma and flavor. 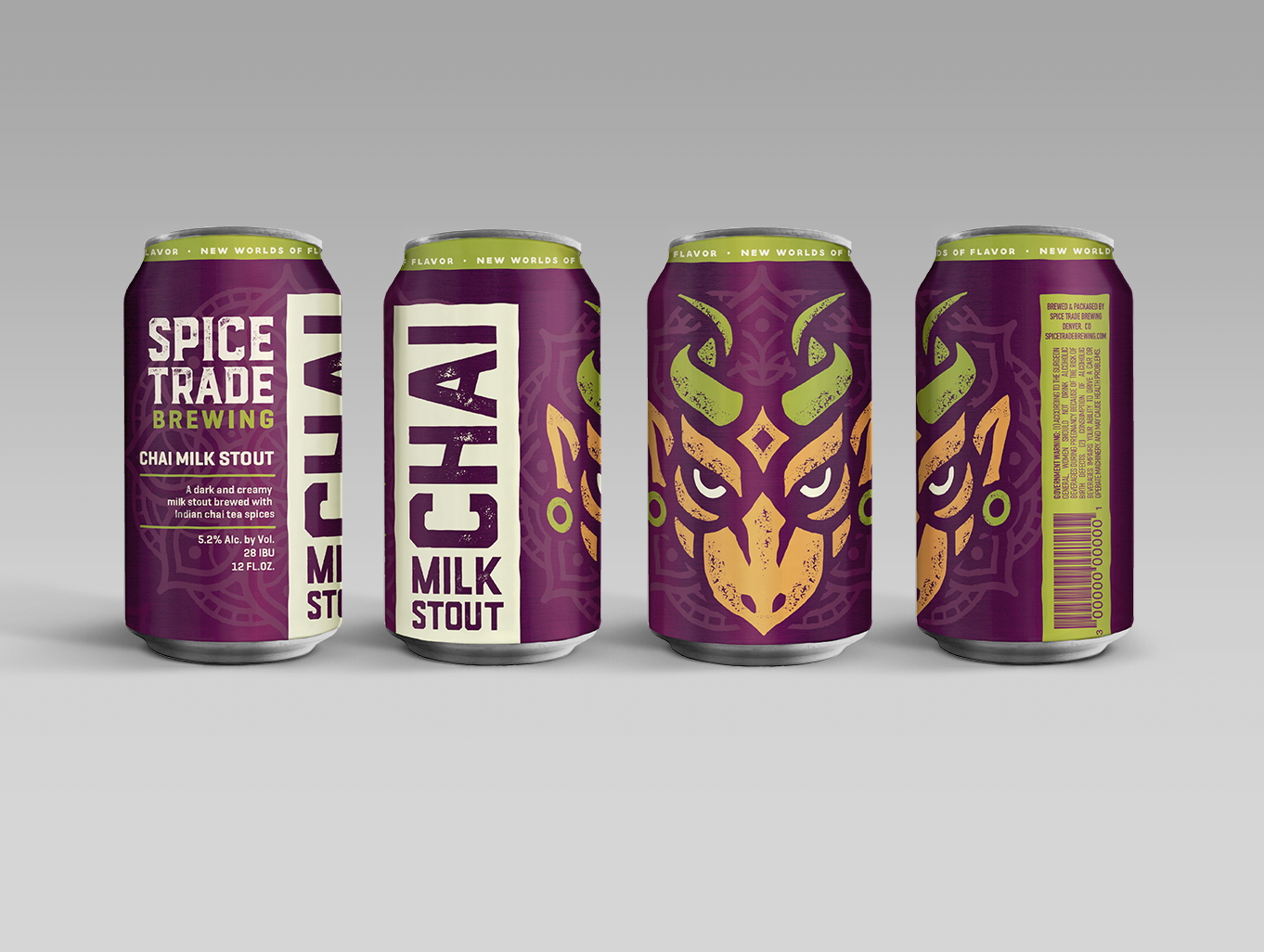 The Sun Temple IPA is a classic example of a New England Style IPA and was developed and refined by our head brewer over the past 7 years while he was living in Boston. It’s brewed with a special strain of yeast that has evolved in northern Vermont breweries as well as a number of other brewing techniques pioneered by those local New England brewers. The result is a hazy and juicy IPA that explodes with mango, peach, and citrus flavors but still finishes smooth and dry. 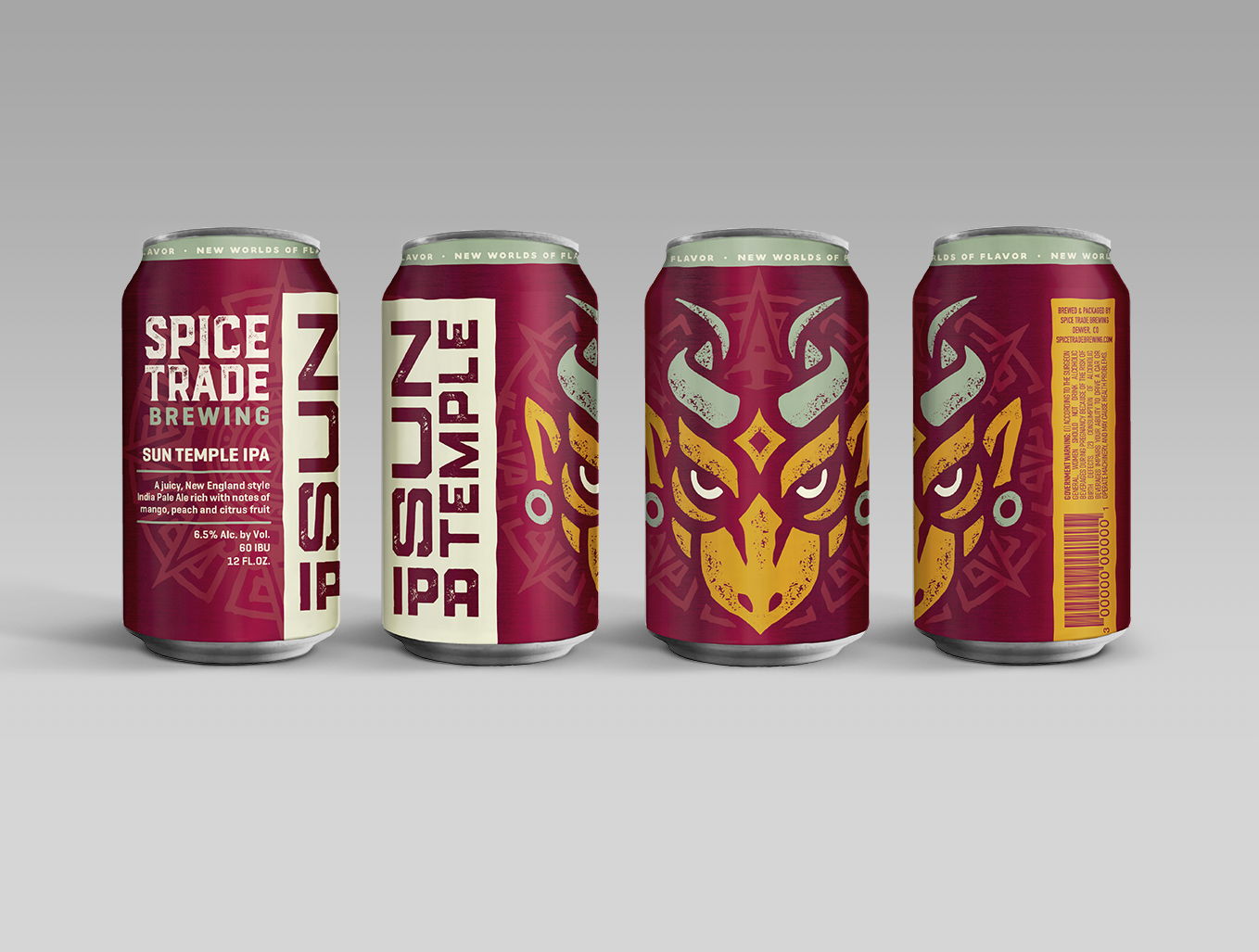 Our new, production brewery and taproom is already underway, and we have big plans for it! It will be in a separate location from the Yak & Yeti restaurant in Arvada although we will still serve our beer at all of the Y&Y locations. We’re working hard to finalize an exact location for the brewery and will make an announcement as soon is its finalized. We’ve purchased our 15BBL brewhouse and most of the other equipment we’ll need and are focused on designing an amazing brewery and taproom experience for everyone to enjoy. In addition to the brewery our plans include a large, communal taproom & beer garden and a full kitchen serving eclectic street food from around the world. There are a few other surprises we have planned for this space so make sure to follow us on Facebook for the latest news. We are targeting a 2018 opening with more information to come in the upcoming months!