Chai is quite the rage these days. And while its been around for centuries in tea form throughout Southwest Asia, it’s going mainstream in the U.S. and starting to get infused into all sorts of foods & beverages. But what is Chai, and where did it come from? And why does it taste so damn good? Let’s check it out.

What is Chai Anyway?

Chai, or as its referred to in India & Nepal, Chai Masala literally translates to Tea (chai) with Spice Blend (masala). Ordering a Chai Tea (aka a Tea Tea) is a bit redundant, but it should get the point across. Masala is used to describe any spice blend, and there are a lot of them used throughout southwest Asian cooking. Chicken Tikka Masala, which translates to “Bits of Chicken with Spice”, is one of the most well-known Indian dishes in the U.S. It has a specific spice blend associated with it that is different from Chana Masala which is different from Chai Masala. And on it goes. The spice blend in a Chai Masala can vary a lot from region to region but typically contains a mix of at lease Cardamom and Ginger in addition to black tea, milk and sugar. Our Chai Masala at Yak & Yeti/Spice Trade is the same blend that goes into our Chai Milk Stout. Dol Bhattarai, the chef & founder of Yak & Yeti brings this recipe from a small village in eastern Nepal where he grew up, the Syangja Village. And while I can’t tell you the exact recipe (you know what I’d have to do if I did) I can tell you that it’s a blend of:

How to make Chai Tea

Making chai is pretty straight forward once you have your spice and tea blend all figured out. You can find recipes online or pick a pre-mixed blend up at your local coffee shop or spice & tea shop. We even sell our Chai Masala at Yak & Yeti/Spice Trade if you want to bring our blend home with you. If you’re going to make your own blend I highly recommend grinding your spices the day you use them (or at least every few weeks). Versus using a powdered spice that’s been sitting in your cabinet for 2 years it’s a no brainer for flavor. Use a coffee blender (blade) or a small food processor to grind them up then mix them in with your black tea.

Traditionally chai is made by bringing your water, milk and sugar to a simmer and adding in your tea and spice blend. After simmering for a few minutes, the spices and tea is strained out and the tea is ready to drink. If you have a tea ball you can pack your spices in here and let them steep in boiling water/milk or let it soak once the water/milk comes off the stove.

Chai is delicious, so naturally it should be put in everything

We’ve been making our award-winning Chai Milk Stout for 5 years now and its still one of my favorite beers that we have year-round. The combination of rich dark chocolate malt flavors with the bright and fresh chai spice is such a good combination. The chai spice has a refreshing, menthol/mint-like quality from the cardamom which keeps this beer super drinkable and refreshing while still packed with roasty flavor. But if it goes well with beer what else does it go well with? That could be a long list. I personally like it in coffee (Dirty Chai) because it is another great roast forward flavor pairing. We’ve even brewed a “Dirty Chai Milk Stout” that is aged with Novo Coffee and really adds a whole new dimension to this beer.

But summertime is too hot for stouts! I hear this all the time and it is wrong every time that I hear it. We’ve poured beer at festivals on 90-degree days and have people come back again and again to top up on the Chai Milk Stout. Despite being brewed with lactose this beer is surprisingly drinkable and refreshing, most of which I attribute to the menthol like freshness of freshly ground cardamom. Even if a 90 degree day stout isn’t your thing, don’t tell me it isn’t the perfect pairing to sitting by a campfire on a cool Colorado night. 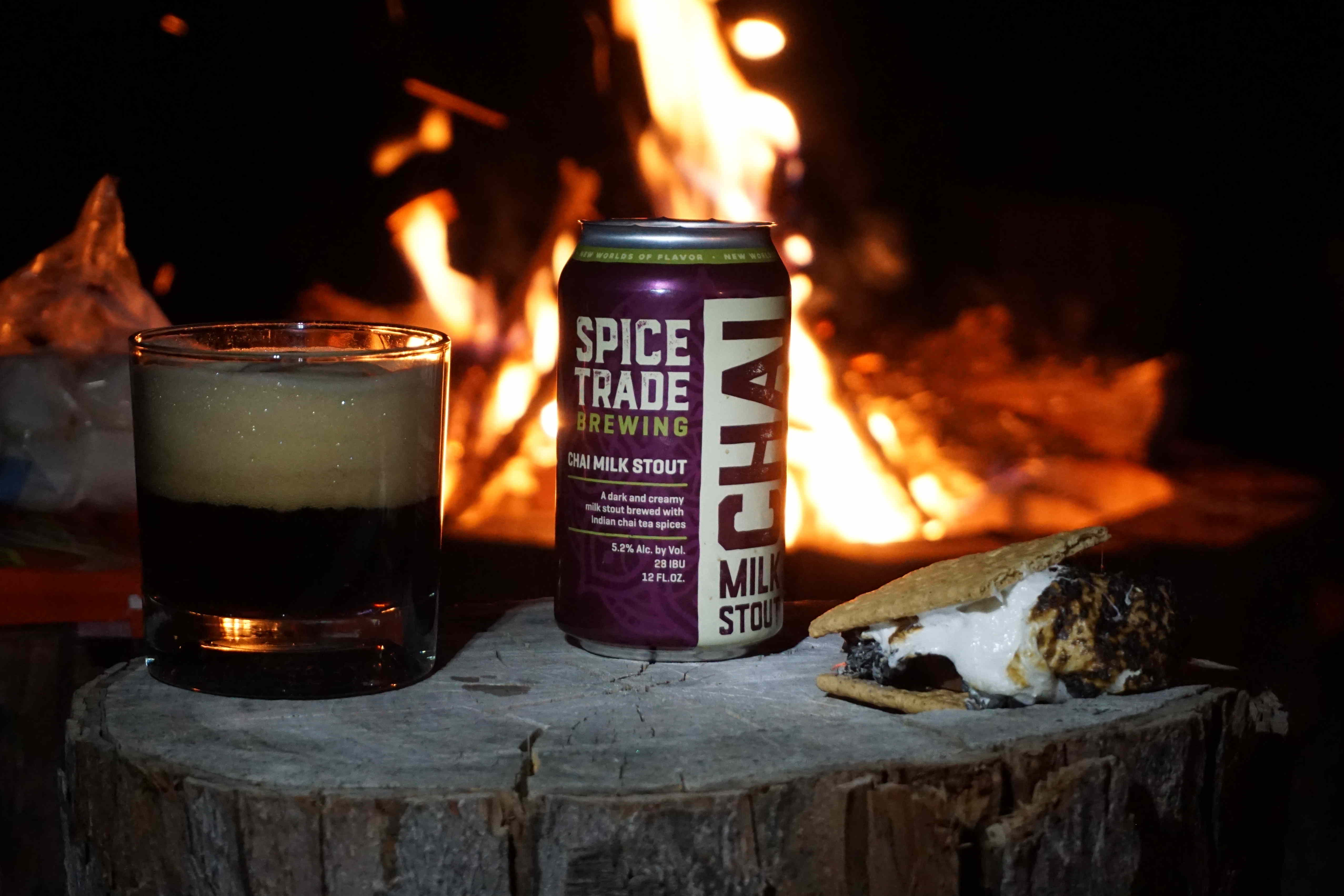 We’ve also been working on raising money to help preserve endangered elephants in Nepal through our Chai for Elephants campaign. Throughout the summer we are donating a portion of the proceeds from our Chai Milk Stout sales to our friends at The Katie Adamson Conservation Fund. They are doing some great work to preserve endangered animals in Nepal and around the world and we’re excited to be working with them. 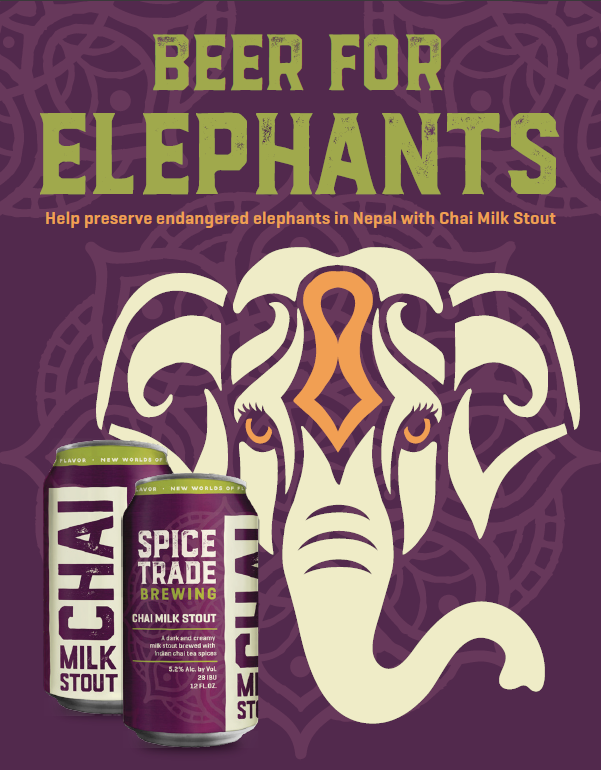